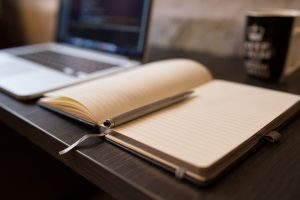 You can get a bit lost in writing a book; it’s a long process and quite isolated too. You spend a lot of time with your characters, immersed in their world. Sometimes the real world is a welcome relief, sometimes it’s an irritating distraction. At times it can seem quite distant. The story grows and develops; it follows you even when you’re not actually writing. Your protagonists and antagonists feed you information, not always at the most opportune moments (mine often decide that the best time to tell me something vital is when I’m driving, usually with nowhere I can pull over to scribble it down). It’s as if you’re living in two different realms at the same time, each as tangible as the other.

You try hard to get the writing right, to let the characters have their say but also to keep the story flowing the way it should be. You cheer when it goes well and the words pour from your fingertips; you groan, procrastinate and drink far too much tea when the plot sticks or your characters decide to go off and do their own thing without telling you. And they do do that. Without so much as a ‘by your leave’ and then you find that they’ve changed the timeline or reconfigured the plot without so much as even conferring with you or asking what you think. Well, why should they? You’re only the author after all.

Eventually, eventually you get to the end.

Of the first draft.

But that’s not the end as a writer. Because the first draft is the basis but it always needs lots of work; editing and reworking paragraphs and dialogue, adjusting timeline inconsistencies, ensuring continuity of all sorts of things from the colour of people’s eyes to who has a dog and who likes what music. And then there are the typos and the grammatical errors and the repetition of words and phrases that need to be corrected.

So you plough through again, rewriting, amending, tightening up the prose and getting it closer to how you know it needs to be. And when you’ve finished the second draft, you go through it all again a third time, just to make sure.

You’d think that’d be it then, wouldn’t you?

It’s usually when I’ve got to the end of the third draft that I ask my lovely band of pre-readers to read through it and feed back to me anything that doesn’t fit right or hold true, anything that seems superfluous or out of place, anything that they think needs altered or adjusted. With these invaluable critiques it’s time for – you’ve guessed it – draft number four.

By the end of the fourth draft, hopefully the manuscript is as near finished as possible and as good as it’s going to get. This is usually the point where, having been living and breathing it for however long and having read and reread the story countless times, I usually think “This is complete and utter rubbish. Why did I bother? I might as well just dump it in the recycling bin and do everyone a favour.”

At that point I know it’s time to consign draft four to my virtual drawer and ignore it for a month or two. When I come back to it, it’s usually not as bad as I’d thought. Usually needs a few tweaks but generally it’s OK.

That’s the scary point. Time to unleash it…

Somewhere in an alternate universe far, far away…

As you know, I hate writing! And I also loathe reading! So don’t you feel sorry for me, having to read amazing new books and make editorial suggestions to earn a few pennies? Oh, the trauma…

Meanwhile, back in the real world (whatever that is)…

I have been privileged to have been given the opportunity to edit three absolutely cracking new books over the last few months, and they are all due out on very soon. So here’s a little summary of each to tempt you.

‘The Dreamer’ by Sue Hampton 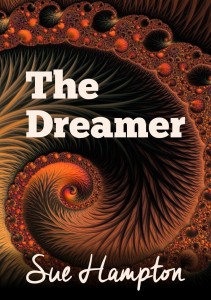 This children’s book, set long ago and far away, is a green allegory encompassing adventure and fairy tale. Moro, a rich, heartless landowner holds a village in his power, but it isn’t enough. Lark, the mute peasant girl, can never please her father however hard she works. She finds solace in carving animals from clay and wood, her art frequently destroyed by her bullying brother. Her friend Fedor, the lame goatherd, never understood why his father left and still hopes he will return. The pair befriend The Dreamer, an old blind man who lives alone on the mountain. He introduces them to the magical world in his crystal story bowl and the myth of the Flower Bird. Their world falls apart when Moro obtains the bowl and – coveting the crystal which lies behind the waterfall – wreaks havoc on the mountain. As greed threatens to destroy the life of the village, can two children and a blind man find the courage and resources within themselves to stand up and lead the way to a better future?

The Empire of Evil by Gordon Strong 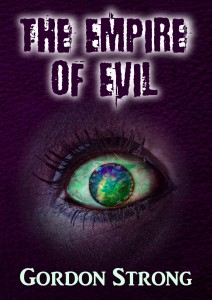 Magic is a paradox, one that can never be fully resolved. Within other worlds are mysteries beyond the imagination. It is these extraordinary realms that our psychic investigator willingly explores. Standley-Strange, arch magus, scholar and man-of-the-world is saved from becoming an eternal recluse by a surprise visitor.

Vivacious Cyndi flees to England from a dangerous darkness in America, her intuition guiding her unerringly to the very door of Standley-Strange! He offers her shelter and they speedily become magical allies when Standley-Strange is called to the aid of Debroneth, a Medieval province, inexplicably manifested in another dimension. The magus vows to protect its people from the ravages of the Evil Empire, but must also face his own challenges when he confronts the Emperor Tortius and Bredon Shaft, his vicious Chief Inquisitor.

Treachery, tyranny and a ruthless desire for power are the hallmarks of the Empire. Add in a lost lady, a magical minstrel, kidnapping, rebellion and multiple dimensions and the ride is set to be anything but smooth. 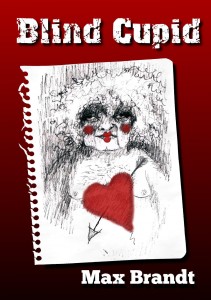 Nick Sloane has a moral compass that no one understands but him. The last thing he needs is a touchstone that hurls it into confusion.

Simon Nicholson’s job at Freeways children’s home is tough, fighting on the front line of child abuse cases and coping with the fallout from neglect. The last thing he needs is one of his youngsters disappearing.

DCI Montgomery Flute has dark memories that are interfering with his work. It’s almost a year to the day that his life-partner, Tom, committed suicide and the last thing he needs .is a complex murder enquiry throwing fuel onto a fire that’s already burning him up.

The discovery of a tortured body in an isolated spot turns out to be an ex-resident of Freeways. Dark secrets from all their pasts are being skilfully woven together by a calculating killer. It’s the very last thing anyone needs; especially the children.

These titles will launch, with others, at a wonderful event in Lyme Regis on 14th February. Find out more here. http://www.magicoxygen.co.uk/